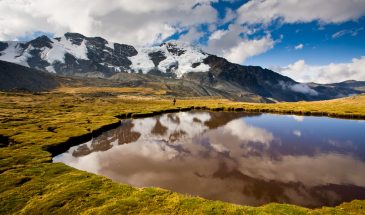 This trek begins in the northernmost town of Pelechuco near the Peruvian border in the northernmost remote corner of the Apolobamba range and heads south through one of the most impressive ranges of the Bolivian Andes.  Surrounded by majestic glacier-covered peaks and deep Andean valleys you will trek through the home of condors and the Kallawaya spiritual healers.

A truly impressive region with peaks over 20,000’ and many solitary summits and deep Andean valleys. We begin with a drive across the Altiplano and Lake Titicaca and into Ulla-Ulla National Park until we get close to the Peruvian border. The trek heads south, the length of the range and crosses passes close to 17,000’ providing us with truly impressive views of the remote Andes.

The history of gold mining in the region dates from the time of the Incas and continued with the Spanish as evident of the old mining centers we will pass by along the way. We finish the trek in the southern point of the Apolobamba in the town of Curva, the home of the itinerant medicine men known as the Callawaya. A final drive across the Andes, Altiplano and Lake Titicaca will deliver us to the city of La Paz. One of the most impressive tours we offer in a truly remote location.

We use TIER PRICING: more guests = lower price per guest. Pricing is in US $ dollars.

Typically, flights to Bolivia depart late in the evening from Miami and arrive in La Paz the next morning. Depending on your airline, you would arrive at different times on day 1 in La Paz. Please let us know your flight info so we can coordinate pick-ups and other services. 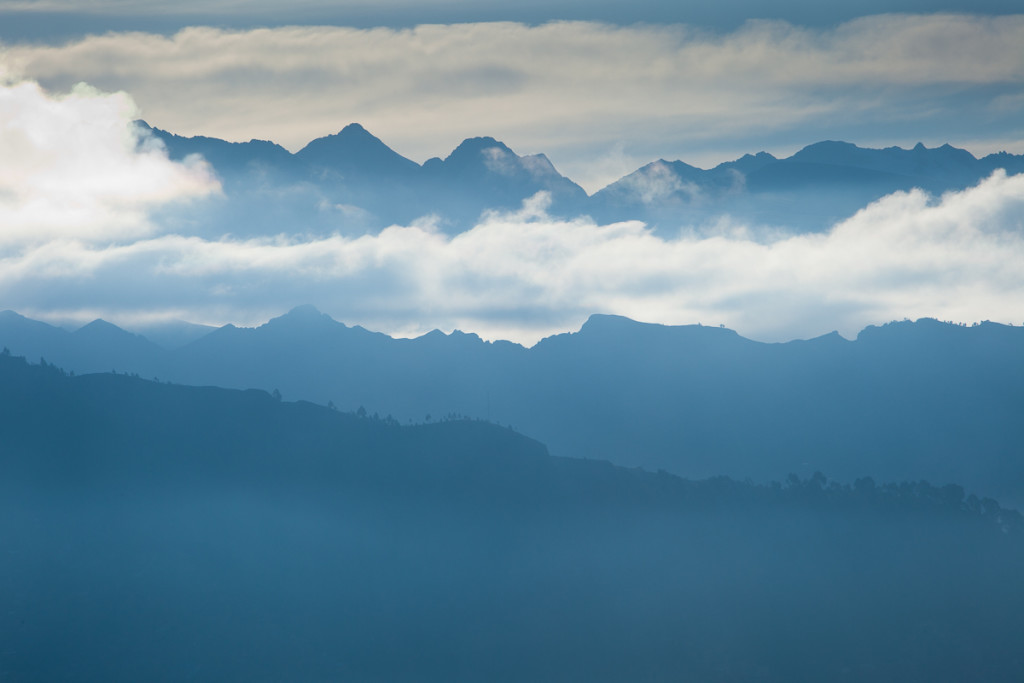 Arrival in La Paz early in the morning. We’ll pick up at the airport and transfer you to your hotel. The rest of the morning is free for you to rest and acclimatize. We will get together for lunch at noon and at 2 PM begin a city tour for a complete view of La Paz and it’s many interesting neighborhoods and open-air markets. After the city tour, the rest of the day is free for you to rest and enjoy. Dinner is on your own to enjoy the many different culinary options that La Paz offers. We recommend rest, drinks lots of water, drink mate de coca (coca tea), eat lightly and stay away from caffeine and alcohol. Hotel Oberland (3*) in La Paz. (L)

In the morning, we will depart to the ancient port city of Tiwanaku. These impressive ruins date back from 800 BC to 1200 AD! These little-known, but very important ruins pre-date the Incas by many hundreds of years. This city actually had various periods of evolution until about 1200 AD when the population disappeared with no trace. Interestingly, many Gods worshiped by the Tiwanaku culture are the ancestors of the Gods revered by the Incas. We will return to La Paz after lunch. The rest of the day is free for you to rest, acclimatize and go shopping for the many fine Bolivian handicrafts found in La Paz. Dinner on your own. Hotel Oberland (3*) in La Paz. (B,L)

An early departure from La Paz begins the journey into one of the most impressive and least visited regions of Bolivia – the Apolobamba Range. We drive north next to Lake Titicaca – the world’s highest navigable lake at 12,500 ft. The road goes by Escoma and the plains of Ulla Ulla, a highland Bolivian National Park home to vicunas and Andean wildlife flanked by Andean peaks. We arrive in the town of Pelechuco (11,800’) late in the afternoon. Pelechuco is an old Spanish colonial town that bears likenesses to the towns of Castilla in Spain during the 16th century. Many of the locals are fair skinned (their Spanish ancestry is evident from their facial features and stature) and speak Quechua the regional language. When you walk into Pelechuco…you walk into another time. Basic accommodations in town. (B,L,D) 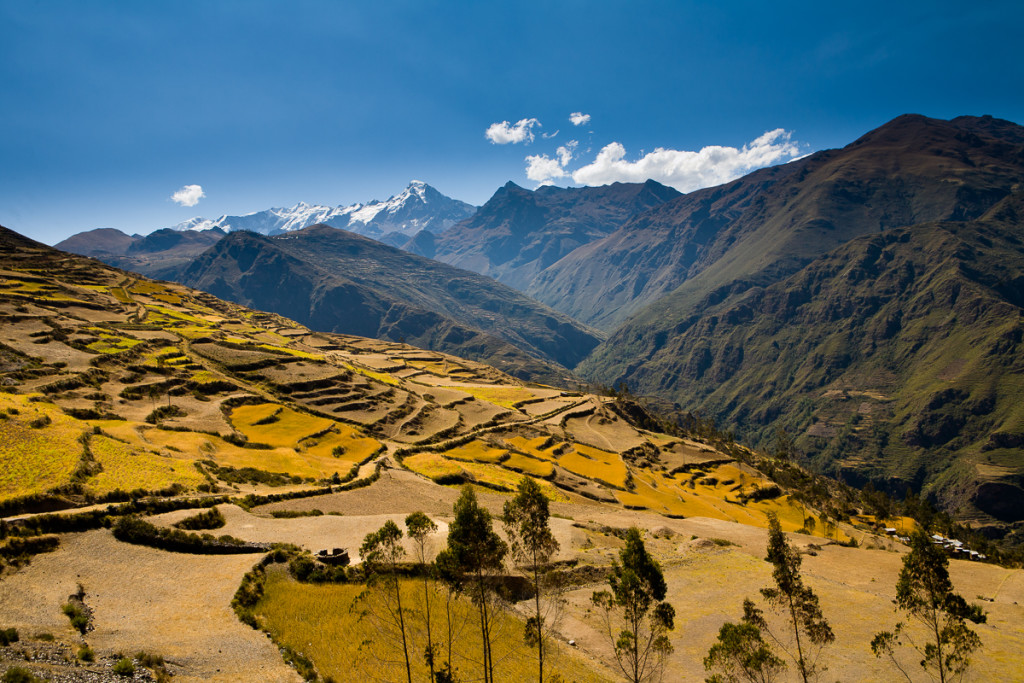 The first day of the trek. While the mule drivers and porters are sorting the loads out and organizing the animals we will have time to visit the town and enjoy traveling into another time. Once loaded we begin the journey as the trail winds its way out of the town into the heart of the Apolobamba Range. We will ascend almost 3,000 ft up to a pass close to 15,000 ft. We will continue up and over this pass and make camp at the foot of the mountains next to an Andean stream cascading from the glaciers above us. Camp for the evening. (B,L,D)

Today will be a tough portion of the trek because we’ll cross a high pass at close to 15,350 ft. and descend another 2,500 ft by the end of the day. The trek takes us into the heart of the range, next to glaciers and steep rock escarpments, the glaciated summits of peaks high above our heads. We’ll finally arrive in the Ilo Ilo valley where alpacas and llamas are raised for wool. The camp will be in the valley at almost 12,850 ft. (B,L,D)

Today’s portion will be the toughest because we cross our highest pass, close to 16,300 ft. and have a lot of distance to cover. We’ll pass through a potato-growing valley and next to glaciers cascading off the high peaks. We descend through a valley into the Sunchulli valley where we’ll have lunch and rest. This was a mining center since before the Incas and once the Spaniards arrived they took the mines from the Incas and continued to exploit the mineral riches. It is said, a curse was placed on the Spaniards by the Inca priests. The Spaniards nonetheless established a town at the foot of the mountain and continued mining. A seismic movement dislodged millions of tons of ice, rock and mud and destroyed the town some years later. Even today, small mining co-operatives are still looking for the entrance to the famous mine of the Incas. We’ll camp at around 14,400 ft., in view of abandoned mines from the times of the Spaniards. (B,L,D) 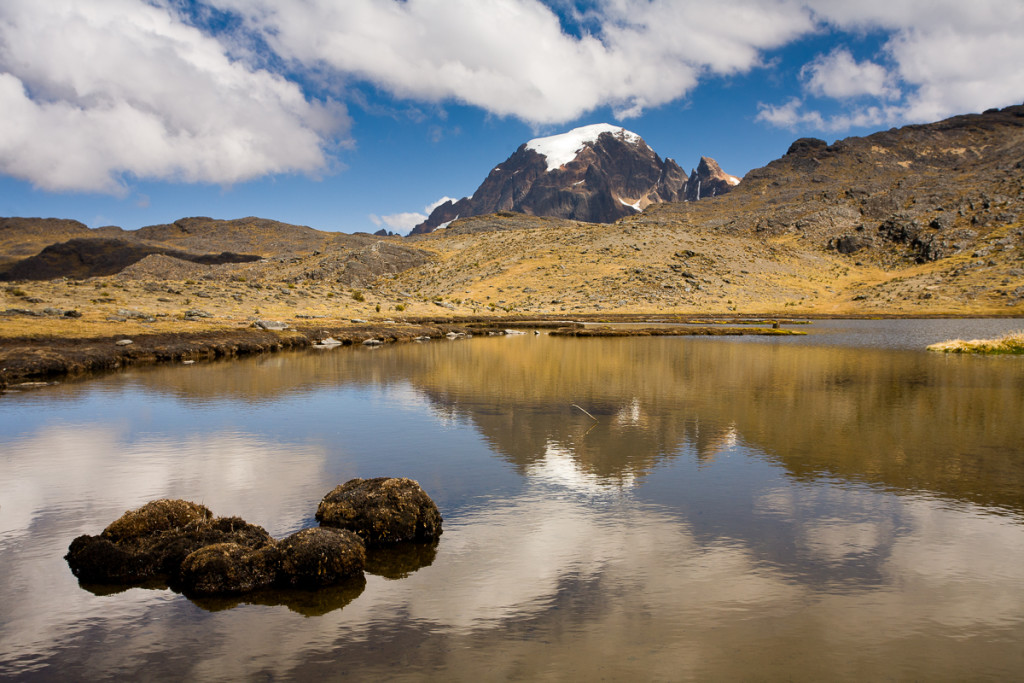 Today’s portion will bring us through a narrow and steep canyon where the infamous ‘hill of the 100 turns’ is located. The trail zig-zags down into a hidden couloir and emerges into the rolling hills of the southern Apolobamba. We descend about 1,600 ft at this point to our camp, which will be around 13,120 ft. and is located at the bottom of a steep rock escarpment between two small rivers cascading off the glaciers of Mt. Akamani (18,590′/5666m) – the sacred peak of the Callawayas. Camp for the night. (B,L,D) 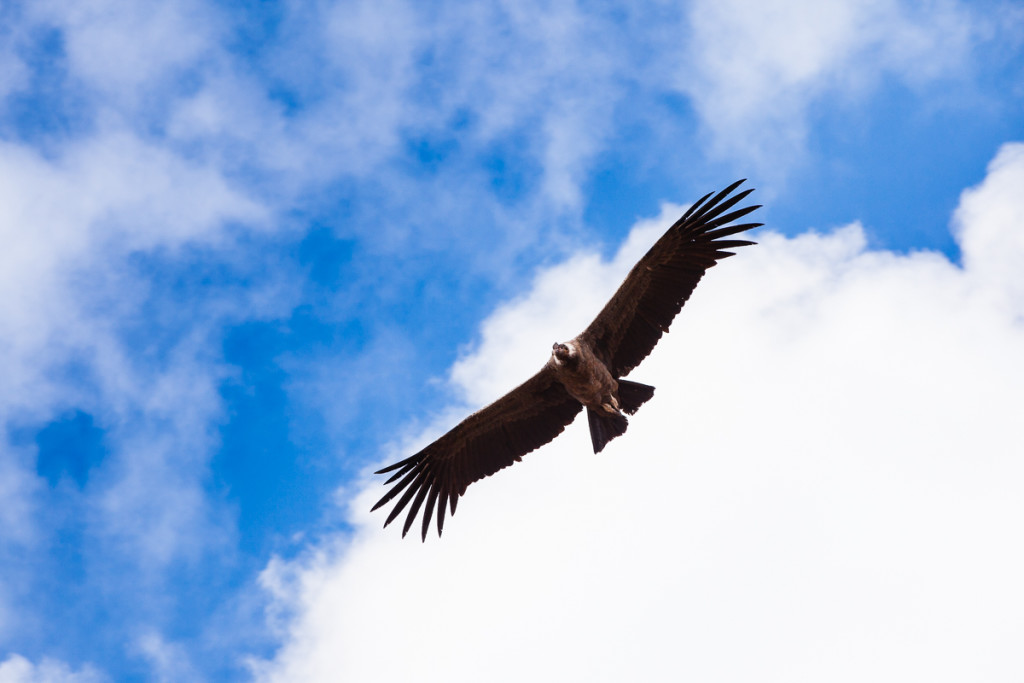 The last day of the Apolobamba trek. After crossing the last pass we will pass through a canyon and end up at the base of Mt. Akamani (18,590′/5666m). A long traverse of extensive fields of potato, oca, quinua and medicinal plants will bring us to the town of Curva located at 11,500 ft. We will be picked up by our vehicles here and continue our journey overland to the town of Charazani located on the other side of the river of the same name. There are hot springs here and we will definitely take the time to enjoy their rejuvenating and medicinal benefits. We will have basic accommodations in Charazani for the night. (B,L,D) 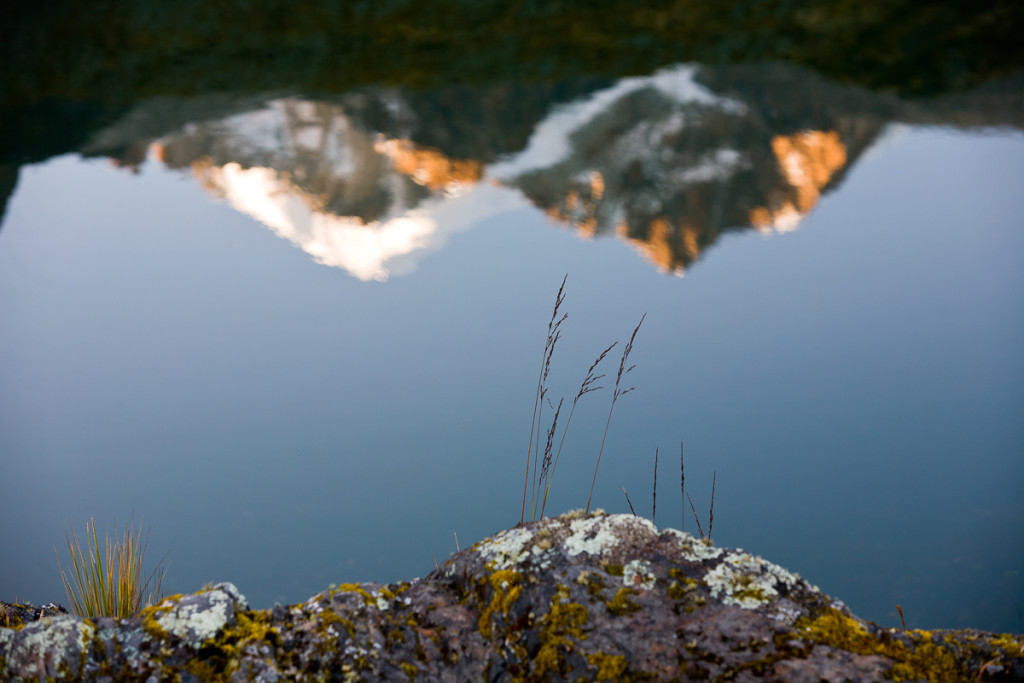 After an early breakfast we begin our drive up and over the Andes heading south towards Lake Titicaca. Our route winds its way slowly across the foothills of the region and continues until we reach the vast Altiplano and beautiful Lake Titicaca. Lunch en route. We should arrive in La Paz in the late afternoon. Upon arrival we will drop you off at your hotel. (B,L)

Tonight marks the official end of this tour but we provide complimentary shuttle service to the airport the next day. Please let us know your flight schedule ahead of time to coordinate the shuttle service. 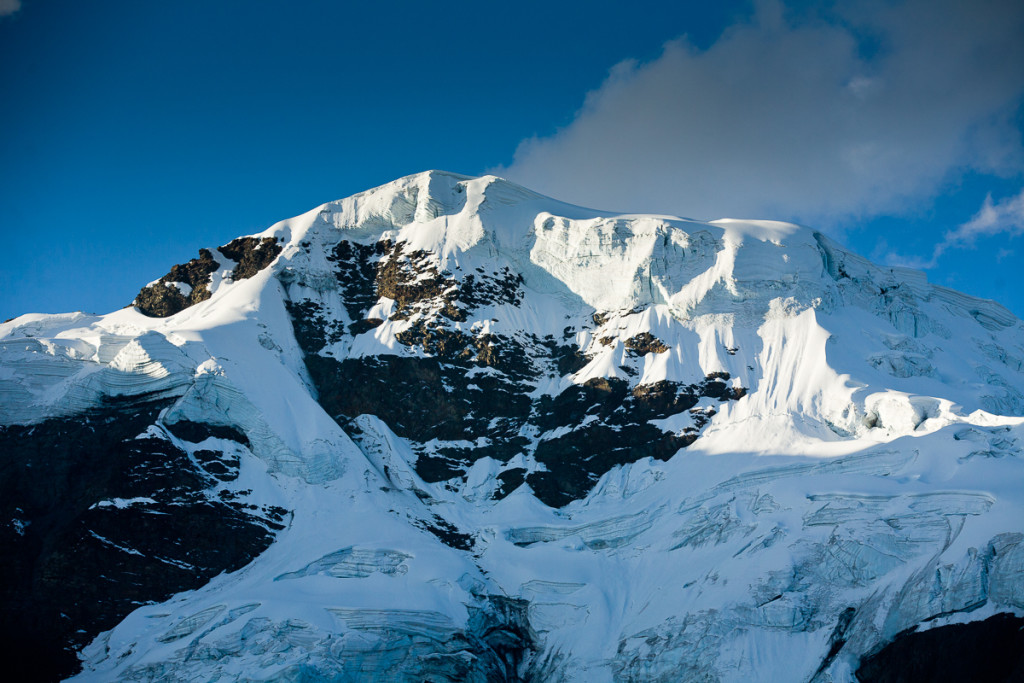 We provide a complimentary shuttle service to the airport for those departing today.

End of our services.

As per the itinerary:
International airfare is NOT included in this itinerary. 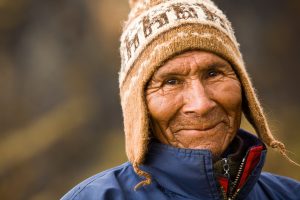 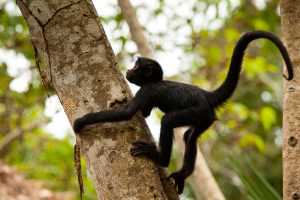 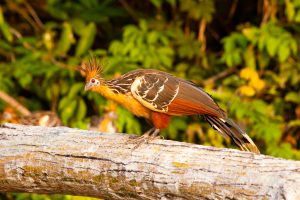 NEW ZEALAND: The Wildscapes of the South Island (14 Days) 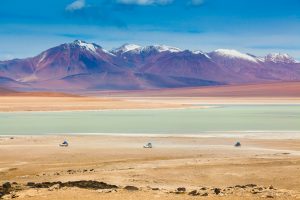 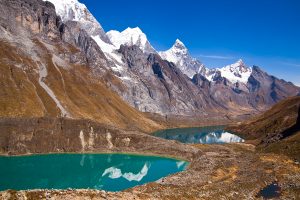 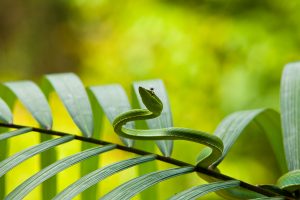 Can’t decide where to go, have other questions?

I worked in National Geographic in the Photo Department.

Now I am running my own business and I feel blessed to know many fine people in the adventure travel and photographic world. I have shot for editorial and commercial clients and am represented by a few stock agencies. 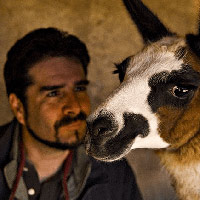 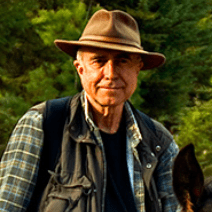